My luck is out. As I was driving to work I was thinking about blogging about how unlucky I’ve been in the past year. I used to be extremely lucky. My mon thought I was the luckiest girl she’s ever met. I’d win bets, card games, contests and most of my life stuff stuff was just handed to me. I got a free ride to my university. After graduation my coach asked me to be his assistant. Then a friend recommended me for a job in Europe and 6 months later I’m living abroad. I loved life and she loved me. Ever since I moved back home lady luck treated me as if I called her fat then slept with her husband.

I’ve never had as many sicknesses and injuries as I’ve endured these past two years. My hip injury has lasted over a year and still no recovery is in sight.

Also I’ve never been so unlucky at work. When I moved back home I couldn’t find any work. Now this isn’t a surprise to some due to the economy. Geez get in line Amy. However, I was shocked. It didn’t matter that Shasta county had the highest unemployment in California and third worst in the nation I thought I was such a valuable asset that every business would want me. Starbucks didn’t even want me. I finally got my old job back teaching tennis under a new tennis pro. I’ve never quit a job before without something better, but I couldn’t stand one more day at this job. My boss was a selfish controlling sexist asshole and every day added so much unnecessary stress that after I quit I was elated and was never so happy to be unemployed.

I just don’t know where my luck went. I haven’t won a bet in over 2 years. All my sports team seem to cripple under the pressure I put on them. For example, Roger Federer is the best tennis player of all time. He set the record for 16 grand slam titles. He is amazing to watch. He was made for tennis. So you would think he would be a pretty safe bet? Well that’s what I thought. Well when my boyfriend was disrespectful enough to say that Roger’s time was over and that he wouldn’t win another slam I quickly refuted. It’s not like it had been 2 years since his last win. I bet that Roger would win another grand slam in the next year. That gives him 4 chances to prove that he is still the all time greatest. What was on the line was a nice expensive dinner at Kobe’s steak and seafood restaurant in town. Mmmm I could taste victory. First came the French. Clay isn’t his best surface, but he is the greatest… or he was? He lost in finals to Nadal. Nadal is a beast on clay.

Next. Wimbledon. Grass is his surface. This is the tournament for him. Jo-Wilfried Tsonga  beats him in the quarter-finals. Quarter-finals!!! I don’t remember the last time he lost before the semis. Still two more chances. US Open. I’m starting to get a little nervous now. He goes up against the #1 in the world Novak Djokovic in the semi-finals. Nooooo. Another loss.

This week the Australian Open started. Here is Roger’s last chance to prove that he is still the greatest… in my eyes and wallet at least. He gets to the semi’s without much trouble until he meets up with Nadal again… not again. So yesterday when I was watching the match screaming at every mistake. Nadal had just gone up 2 sets to 1 when I had to leave for work. Nail biter. I made sure not to check facebook so I didn’t see any statuses giving away the results. I hurry back to work and resume watching. It’s 2-2 in the fourth set when my stupid tivo had somehow stopped the record. Why?!!! I guess it will be better to just rip the bandage off and look online… Aaaahhhhh…. NOooooooo!!! Put the bandage back on. Shit. Kobe’s dinner it is. And from now on. No more bets… at least till that dumb slut luck comes back to me. 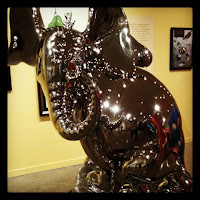