Ear candling… or also known as ear coning isn’t about making candles out of ear wax. Does that exist?… or is it just in Shrek. Ear candling is a technique that uses a beeswax or paraffin wax coated cloth shaped into a conical cylinder that is placed just inside the ear and when the top of the candle is lit on fire the smoke creates a whirlwind that heats up your ear wax and vacuums the wax up into the sides of the candle. During the procedure all you will feel is a warm tickle in your ear along with hearing the crackle of burning paper.

Don’t you need ear wax? Yes you need wax to protect your inner lobes, but not an excess. Ear candling does the same thing as when you use q-tips to get out the wax build-up in your ears. Getting your ears candled can help clear out debris, sinuses, congestion, and help tinnitus (ringing or popping), allergies, and swimmers ear. Since both me and my mom are sick what better way to clear out the mucus.

Ear candling isn’t a new-age trendy remedy like the raw food diet or juicing. This technique has been done by Indians, Middle-Easterns, Native Americans, and Ancient Egyptians. Even the Mayans believed it helped with spiritual cleansing. Ear candling was either done with a wax cone or a ceramic cone back then. The picture below is a mask for Pacal the Great, a Mayan ruler in 683 ad. Supposedly the ceramic tubes seen here were used for ear coning.

There is a lot of skepticism about this technique. Some say that it could be hazardous to your health. Others say that it is just a hoax and that the smoke couldn’t actually create enough of a pull to get wax out of your ear, but instead could actually get candle wax in your ear. I understand that this isn’t a scientific medically proved practice, but if it has lasted this long there must be some benefits to it.

Everyone can make their own judgement… hopefully after they give it a try. It might actually not have any medical benefits, but that didn’t stop the Pacal the Great and it won’t stop me. Even without proven medical benefits to ear candling somehow I still feel better when I leave. The benefits might all be mental, but isn’t that the best kind. 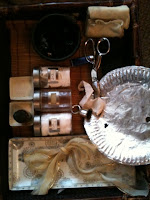 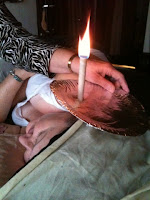 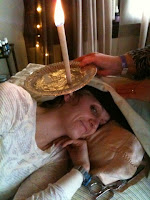 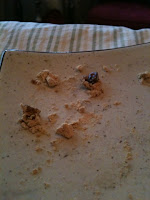 Off we go to grandma’s… retirement house?

Driven to the brink