Coming down on me, come down on you…

Pressure was on. Today in my print making class I was making my first print this semester. I was a little unsure of myself, but sometimes it’s best to just commit because your first print usually won’t be your best. As I laid my print on the press my teacher rounded up the class to watch me roll my print. I had put a lot of ink on my plate so that it would smear down onto the paper and the teacher wanted the new students to watch this technique. If everyone was just silent and watched that would still be enough to make me squirm. The teacher unaware of my distaste for attention asked me to sing a song while I rolled to help maintain an even rolling tempo. When I refused to punish the class with my singing voice the teacher then told everyone to stare at me. Eeeeeek. Then he had everyone hum and someone recommended the Jeopardy theme song. I felt my whole body get extremely hot. Why did I have to wear sweat pants? Even though my print wasn’t a masterpiece I was content with the outcome and I hurried off to my table out of the public’s eye. I could just feel the judgement on the back of my slouchy beanie… “hmmph she isn’t that good for a advanced student…” If you aren’t in the public eye no one cares to comment on anything you do which is just the way I like it. Under pressure and survived.

“Chippin’ around – kick my brains around the floor. These are the days it never rains but it pours”

Pressure strikes again. A few hours later as I pulled into work and parked I saw a flash in my rear view mirror. Blue and red. Noooo. What did I do? The motorcycle cop (those are the meanest) pulled up behind me. I get out of my car as he asks me that rhetorical question, “Do you know why I pulled you over?”. Even though I had a guess I wasn’t going to make it easier for him. He pointed out that I didn’t signal 3 times. I told him that my blinker was broken which it is. “Both of them?” Damn tricky cop. “Ummm well the right one is totally broken and the left works sometimes.” The left could have a new problem. Maybe. Luckily, I was making mostly right turns because I had proof that one didn’t work and quickly showed him. I also let him know that I had just taken my car into the shop last week and was planning on ordering the part soon. I was talking so fast and frantically that he had to remind me to show him my license. “Oh my license?!” It’s right here… Ahhh where my wallet… No. No. No. Oh there it is tucked in the corner of my stupid purse. Next was insurance. I know where that is because I just got the new card. Yet he needed the paper with the expiration date. What’s that? This isn’t going well. The cop is starting to look annoyed. I’m doomed. He asked if I worked here (referring to channel 7). Yes and if I knew I was getting pulled over I would have parked far far away from here. He asked what I did. While Audio and Master Control Operator sounds significant the pay doesn’t reflect the prestige (which is worth a little more than minimum wage). I didn’t want the cop to think I was well off and just being irresponsible, but instead, like most, struggling with financing an old car’s repairs.

The cop then lectured me on how important it is to signal because I could be held accountable for an accident. I just agreed and nodded my head in agreement while putting my hands up in the “I’m so sorry. I didn’t know” position. Finally he said he’d let me go. I can breathe again. “But!” I had to get my car into the shop tomorrow and call him to let him know. Yes of course. Absolutely. Grovel. Grovel. His name was Boone and his number was 180. He asked if that was half of 360. Ummm I’m having a mental breakdown I can’t do math right now. The cop handed me back my license and put his helmet on. As he drove away I walked into work. Right when I stepped through the door I heard a loud applause and saw that everyone had gotten up from their cubicles to watch my run in with the law. Someone yelled, “what did you do?”, “Busted blinker” I yelled back. Good thing motorcycles can’t bring drug sniffy dogs. Jk. Most had seen the cop let me off the hook, but those who were far sighted I let know I got off ticket free. More applause. By the time I walked to my work station I was sweating and immediately took off my layers. Wow. All for a little blinker. It took about an hour for my body temperature to return to normal.

“It’s the terror of knowing
What this world is about”

I cracked. As I was leaving work one of the news director’s wanted to talk to me about the application I sent in for a new position at work. I wasn’t ready for this talk. She wanted to know what my interests were and what I wanted to do. I word vomited everywhere about what I was good and not so good at doing. I could hardly understand what I was saying. Also, my eyes were shifting all over the room. She then asked if I would be interested in moving to another town 1.5 hours away covering the reporting in that area. Why did I wear this stupid hot puffy vest. I’m definitely going to need a shower. For the first time I didn’t have anything to say and just stood there silently contemplating. This was not the day for quick thinking… She told me to think it over and we’d talk about it later. My head was spinning. I don’t want to move, but I’d love to be able to do something I’m interested in and do it full-time with benefits. Pressure in my chest… oh no heart attack. After I left her office I walked out to my car and sat thinking. Why is it that what you want always comes with such stipulations?

“This is our last dance
This is ourselves
Under pressure” 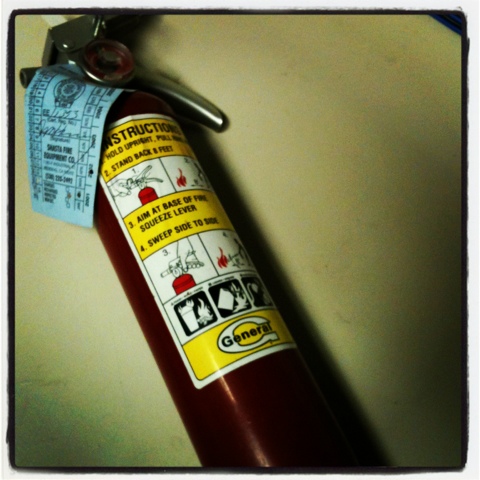