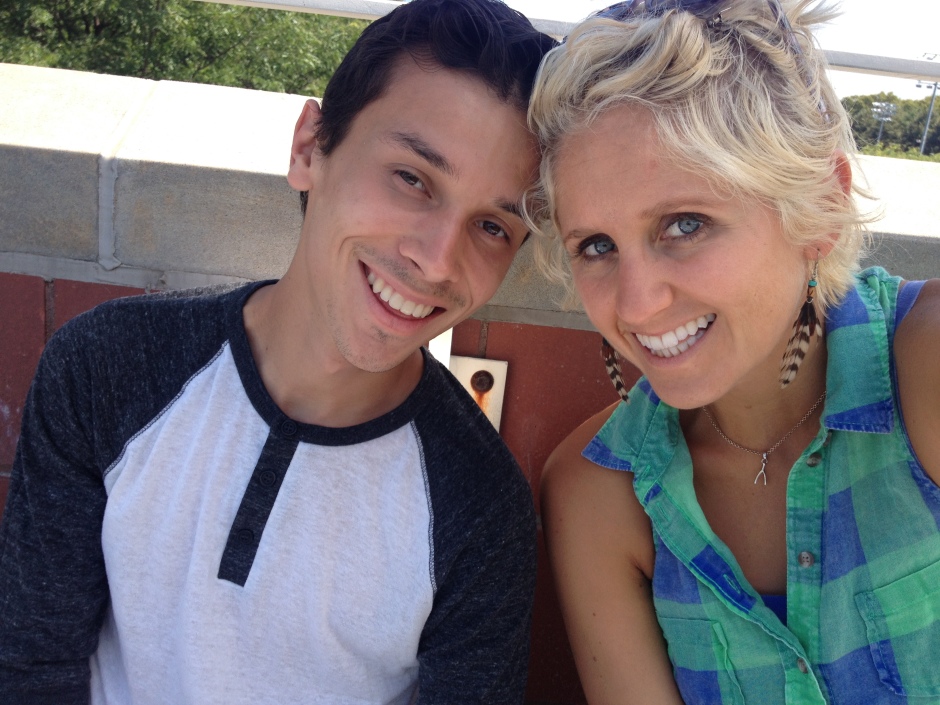 My sis and her husband made early breakfast reservations at a cafe near Central Park. So early that everyone wanted to go back to sleep afterwards. Well not everyone. Naturally, Gabe and I stayed and explored the park. Well most of it. We (I) definitely underestimated it’s size. Gabe didn’t do any premeditated estimating. I  would recommend renting a bike, otherwise, it is a very long confusing walk. Like a maze with multiple exits. So not like a maze at all. Now if you rent a bike you can make it a shorter, yet still confusing bike ride. What can I say about the park that a hundred movies haven’t shown you. It’s big, gorgeous, and a horrible place to play hide and seek. Unless you never want to be found. At night it is completely dark* (See yesterday’s post).

After 5 hours of walking around with aim in mind, but not in footsteps, we headed back to Harlem and checked out Harlem week. It is a celebration of culture and the uniqueness of Harlem through music and art. We then all gathered back together for dinner at a restaurant that my mom enjoyed due to it’s charm, service, but mostly walking distance from our room. Of course, I don’t remember the name because it wasn’t on my itinerary.

We started off the day… earlyish. We left around 9am only to stop for breakfast for over an hour. What is the point of staying in an Air BnB and buying groceries if I’m the only one eating before we head out? I don’t understand how buying a bagel for $4.50 is better than the bag of bagels in the apartment we bought for .50 cents each. Why?! After we satisfied the irrational food mongers we continued our site seeing. We started at the 9/11 Memorial, Ground Zero. It was more moving than we had expected. There is a gaping hole in the city which really helps capture the loss and tragedy. All the victim’s names are carved into the sides and behind it is the new World Trade Center. My mom cried, which then made me almost cry. Her crying is infectious like a yawn, which supposedly in related to empathy. Here is a journal article on Yawning if you don’t believe me. Amy’s always right.

Afterwards, we headed to Wall Street to take the Bull by the horns. By then my mom was exhausted and headed back to the room. Gabe and I continued our adventure through Chelsea and discovered an amazing market. Foodie’s paradise. We then met up with everyone on the High Line. It is a converted railroad line that the city turned into an awesome linear park. New York is so cool. They really think of such creative things. SF better step up it’s game. We could definitely use a better public transportation system in the Bay. I guess it could be worse. Ahem. Los Angeles. 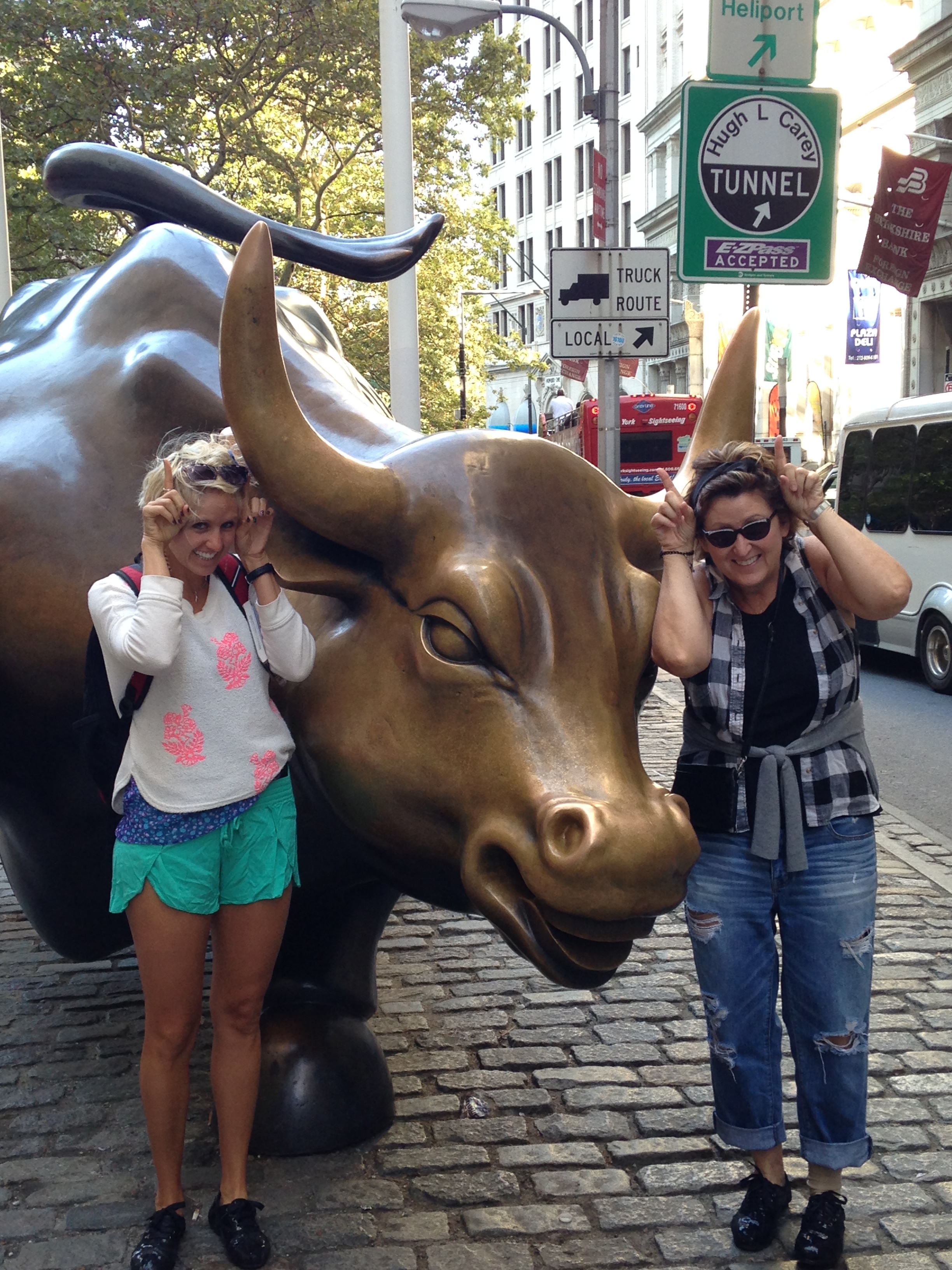 The U.S. Open. This might have been one of my favorite days. I grew up playing tennis and wanted to become a Tennis Pro. Gabe and I met on the tennis court. Currently, I’m a tennis coach. Soooo…. Tennis!!! We didn’t get to see any main draw matches, but the qualifying rounds were still really fun to watch. Being from Redding I’m used to the heat, but damn, it is hot in the Bronx. Some day I’m going to see every Grand Slam tournament: Wimbledon, Australian, French, U.S. Too bad I still have all 4 to go. After getting our tennis fill and sweating our own balls off we headed back to Brooklyn for dinner. 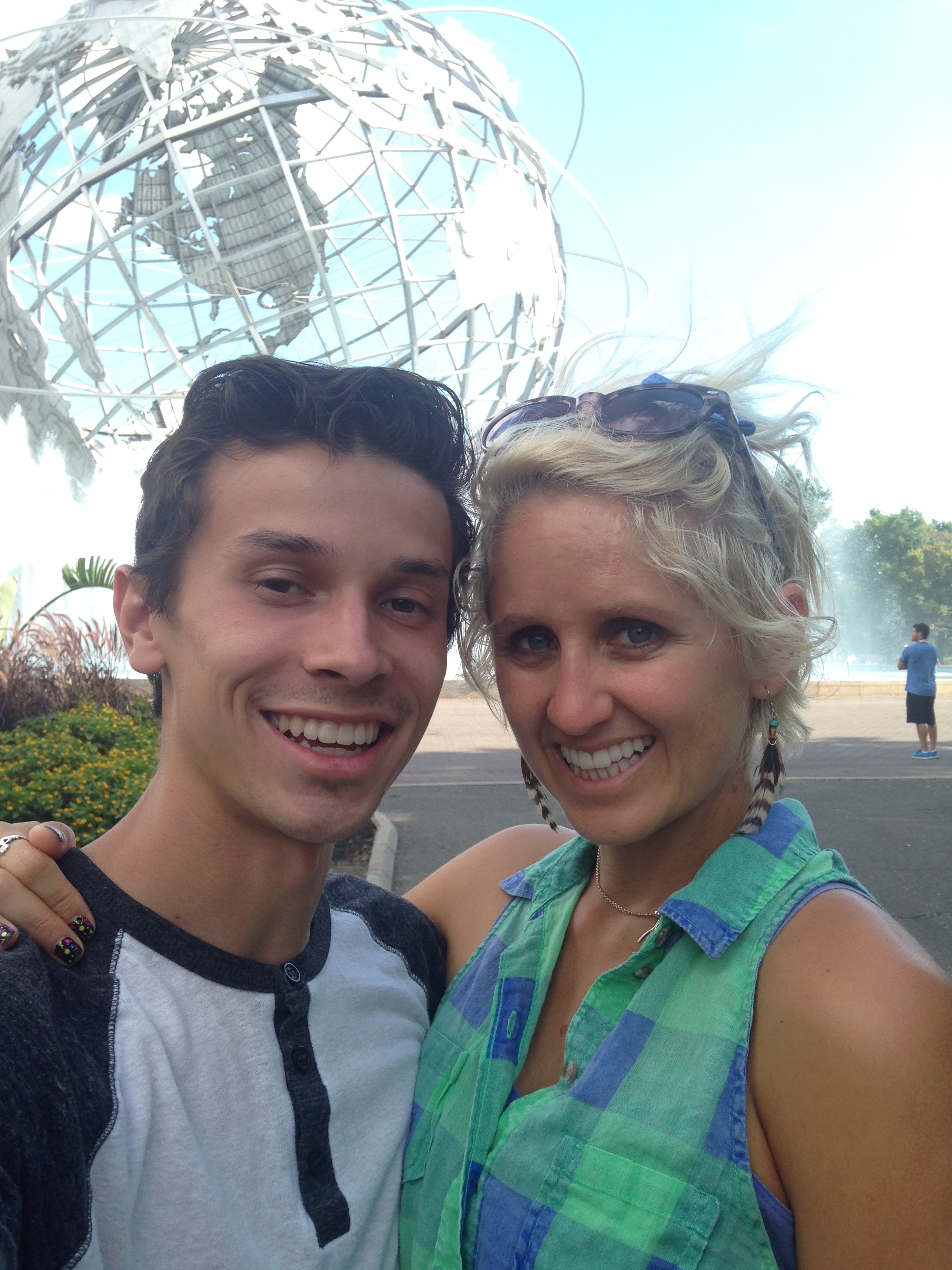 Gabe and I are pizza connoisseurs and we were told to try Grimaldis. There was a long line and they won’t seat you unless your whole party is present. So of course, the other half of our party was late and we got yelled at for not knowing this stupid rule. Thanks late party people. Now the pizza was good, but not worth the hype. Best pizza for the hype is Tony’s in San Francisco. Outside of Italy this is the best pizza I’ve ever had. It’s worth the 2 hour wait the first 2-3 times. After we gorged ourselves on pizza we decided to continue the theme of gluttony. Serendipity’s Frozen hot chocolate is a New York must. New York hot spots while routinely overpriced have taken pride in rude customer service and dumb rules. For example, at this place you can not take anything to go and each person must pay at least $10. They don’t want you splitting that ginormous dessert. Ridiculous.

By now we are all extremely exhausted. Gabe had mentioned the day before that he didn’t realize how fit he needed to be in order to travel with me. He was doing his best to keep up, but finally admitted he was drained. So we decided this was gonna be a “chill” day. Well my sort of chill, which wouldn’t fall under the chill category for most people. To start the day off we went to the “Top of the Rock” on Rockefeller. 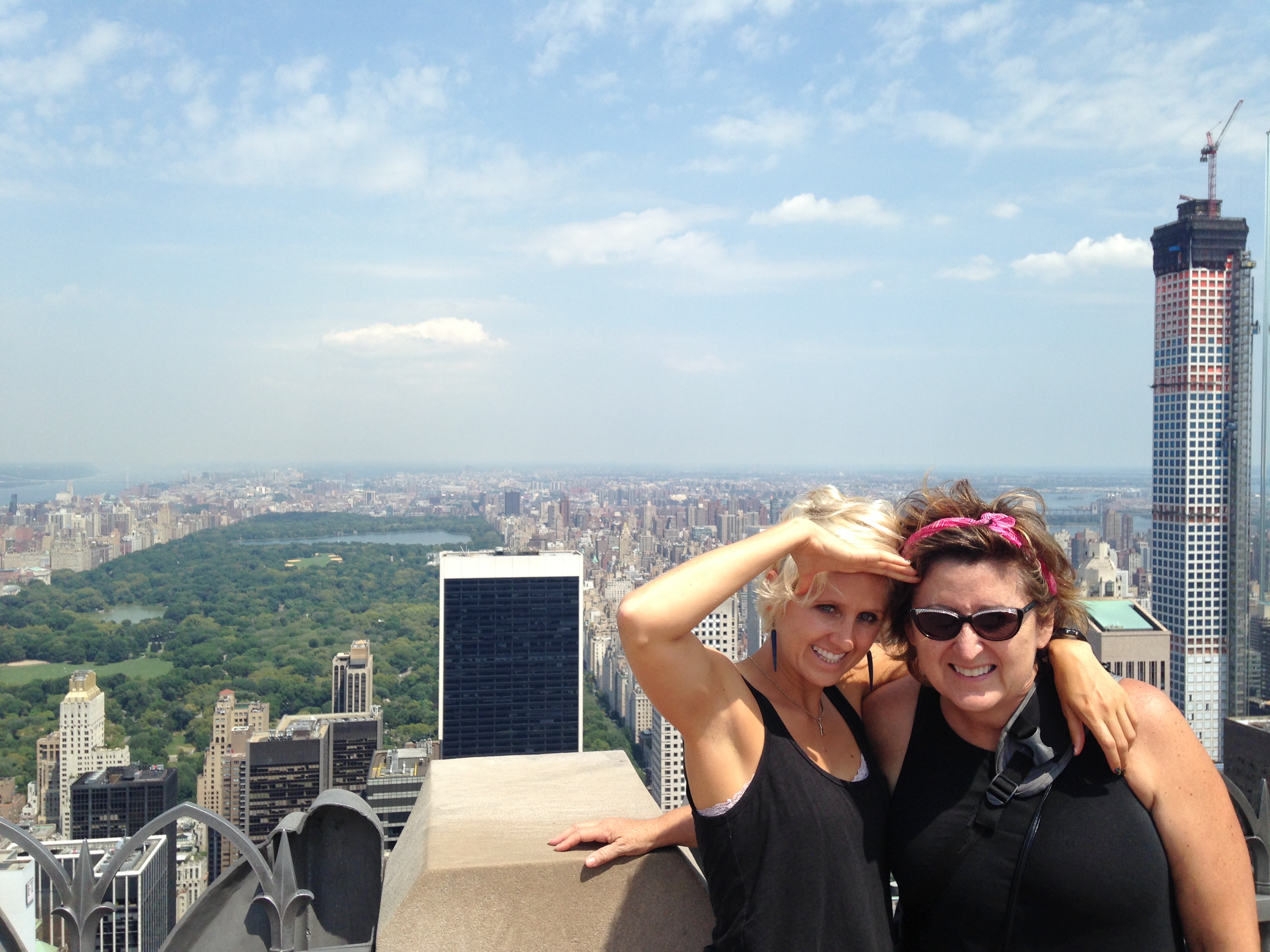 When I say “we” I don’t always mean everyone. Occasionally my mom will join us till she is tired, which is around 1pm each day. Today was no different. After visiting Rockefeller, Gabe and I weren’t sure what to do next. We thought of going into another museum, but were too tired and limited on time. Gabe then had a “brilliant” idea to score another Frozen Hot Chocolate. I had to wait outside so I wouldn’t have to pay $10 and he had to sit down and drink a couple sips before being able to take it togo. Worst part of touristy shit is that sometimes it is worth it.

We then hurried back to Harlem for dinner and a special treat my mom planned. Amateur Night at the Apollo Theater. This venue has born greatness like Ella Fitzgerald, Luis Armstrong, James Brown, Aretha Franklin, and so many more talented performers. During Amateur Night people perform and the crowd votes for their favorite. Now I love cheering, but booing someone off stage isn’t my idea of fun. I would never discourage someone who is putting themselves out on stage in order to follow their dreams. Unless their dreams are horrible nightmares for the rest of humanity. However, most of the crowd disagreed with my philosophy or they thought they were doing humanity a favor. The host of the show was probably the most entertaining part. He was hilarious and worked the crowd extremely well. It was a great way to end our time in New York. 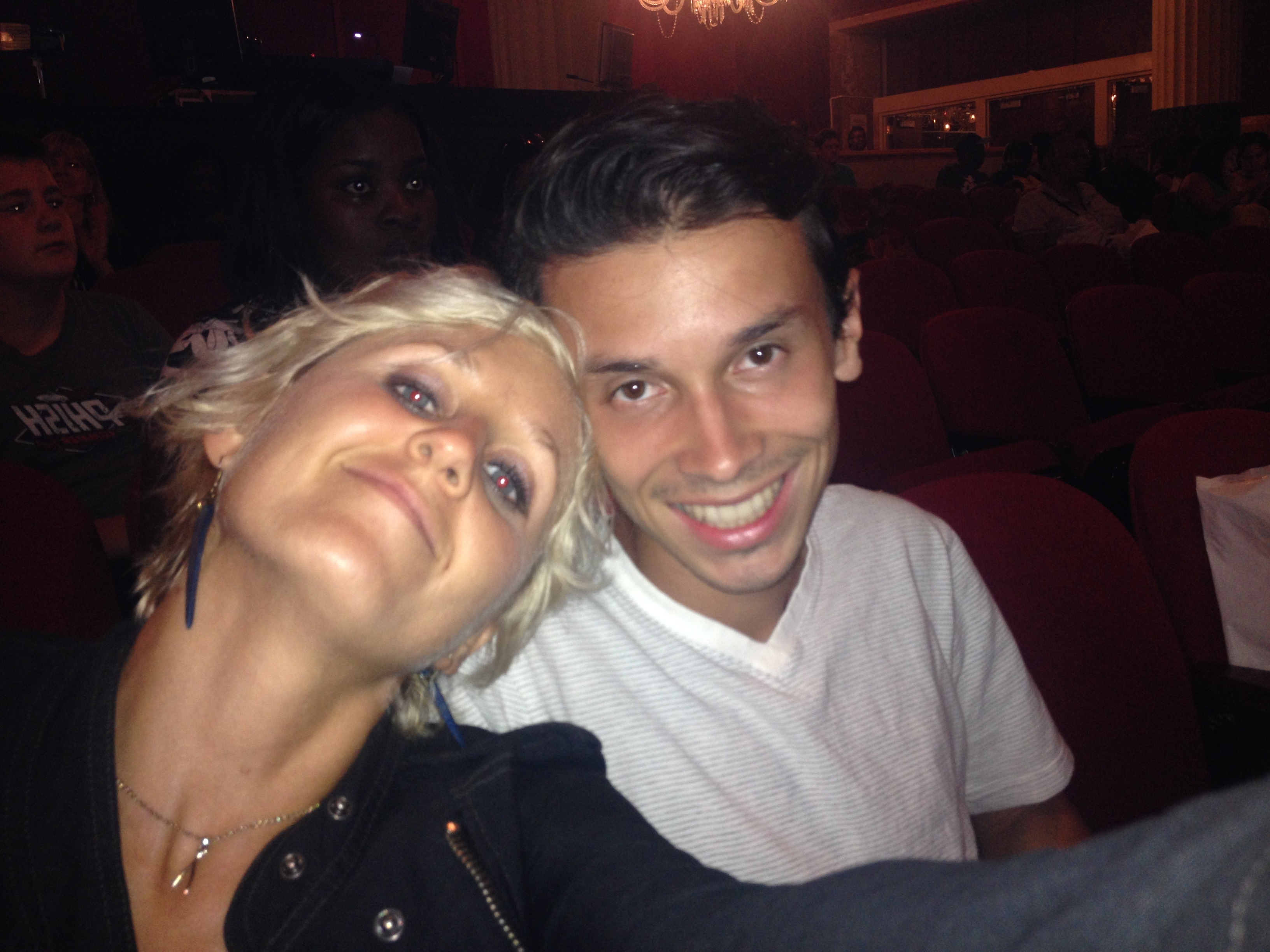 Too much surprise we had survived a family vacation. Sorta. We all kinda split up most of the time, but maybe that is how we survived. However, next trip my dad has to join or at least have my mom bring a friend that enjoys nap time.

When Gabe and I got back to the room we had to pack up our bags for our next part of our trip. Gabe’s first time out of the country. Bust out the passports. Off to Canada.

Here is the list I had for our itinerary. We obviously didn’t make it to all of them. Next time. If you have any recommendations to add please comment. Next questions is how horrible is it during the Christmas season? Worth it or too crazy?