Last month I was in Kiev, Ukraine for NYC (Nazarene Youth Conference). Life has taken a definite turn on me since a year ago when I was living in Redding, Ca after graduating college. My experience so far in Europe has been life altering. Since I’ve been working with my communication team, I’ve realized how lucky I am to be here. I was a little hesitant about going to Ukraine for 3 weeks to a youth conference I knew nothing about. Well I guess I should fill you in. NYC occurs every four years, where youth come from around the world come and learn more about being a Christian leader, and learn more about the other cultures with the experiences and friendships they make with other youth around the globe. There are 300 youth, youth leaders, and youth pastors that attended this event. I was also apart of the prep team so I arrived a few days early. When I got off the plane in Kiev, Ukraine Steve, my coworker found me and we quickly found our ride and headed to the church where we would crash for the first night before heading to the camp. In the church there is a room with a bunch of people on mattresses laid out on the floor. I was glad that I had brought a blanket to lay on top. I met a few strangers, some I would end up spending the next 3 weeks with.

After lying out my mattress, I finally took a moment to breathe. Then we were already getting ready to go to dinner. I saw Drew and Chelsey, the married couple I met in Mainz, Germany, an American pastor and wife that I enjoy. They are young, real, and dynamic. I thought we were only going for dinner, but we ended up doing some sightseeing in Kiev, which left me in slump cause I did not bring my camera. I feel like a bad photographer and do not bring my camera.

I was definitely glad I was working cause it kept me busy and gave me an excuse to move around and meet people but also hide behind the camera when I was feeling overwhelmed. The next day we did some set up and helped with registration. So far I haven’t experienced anything I could not handle. Well, till I ate in the cafeteria. Everything was so oily and uhhh I can’t describe it. It was not bad food as much as it was weirdly put together. There was a lot of potatoes and bread. There was mayonnaise that came with everything even at breakfast, which also included potatoes (right now I’m on a potato fast) and some kind of flesh colored meat. There was also an interesting tea that had a small shriveled substance in it that resembled an animal brain. It reminded me of Indiana Jones: Temple of Doom when everyone was served strange exotic foods including monkey brains. Later I found out it was just dried fruit. As frightening as some of the food looked I wanted to be adventurous so I made sure I tried everything. There were only a few things that were a too adventurous for my taste buds.

The morning seminar where we had to record the audio and we played the videos we had worked long nights to finish. It was rewarding to see the films we created put to use. We put so much work into them, well for the short amount of time we had. Then we had family groups where groups of about 8-10 meet and discuss the topic of the day. 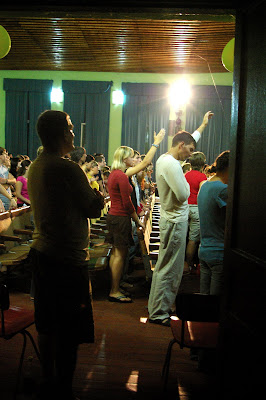 At 6:30 we had dinner then another seminar. By the end of the last one my brain hurt, and it was 11:30 when we finally left from a team meeting. I was spent. The next day we went into Kiev for sightseeing. When I was alone I saw an old woman selling flowers. I felt this overwhelming urge to give her money. I had never done this before and I tried to drown out the voice. I passed by her but I turned around. I briskly walked up to her, I didn’t say a word and hand her 20 grivnas, Ukrainian currency. This wasn’t more than 5 bucks, but it was definitely still hard for me because it felt really weird. Well I felt totally awkward giving it to her that I didn’t say anything and walked away. I didn’t think this was the right way to do this but I didn’t know what else to do. I wish I could have said something. Maybe she wasn’t even in need and was insulted that I thought she was. Not sure, but the feeling bothered me all day, I don’t know why. I kept to myself most of the day afterward. I don’t know what I felt. During that time I felt surrounded by people but totally alone. I hadn’t any time to myself and I felt alone.

The week continued along in the same structure as the first day, morning sermon, small group, another seminar, lunch, afternoon seminar, dinner, and sermon. I enjoyed some of the sermons, but I think that the best part of the conference was the people I met and the conversations I had. Also, one night we had a reenactment of a persecuted church. Everyone had to enter silently, and be checked at the door, most the lights were turned off, men and women had to sit on opposite sides of the room, and musical instruments and bibles were not allowed. It was an amazing and intense experience. I could not believe that this is what people go through in order to meet and worship God. A man that attends a persecuted church knew a pastor who had his tongue cut off for preaching the Gospel. The whole experience gave me chills, sadness, yet admiration for those who risk their lives to worship God. Afterward, there was a map of Europe and CIS region drawn on the pavement outside. Everyone received a candle that they placed in their region. California didn’t have its own region so I made one. It was interesting to see how much the map glowed when we all put down our candles. It’s fascinating that even though everyone comes from different parts of the world that in some way we are all connected. 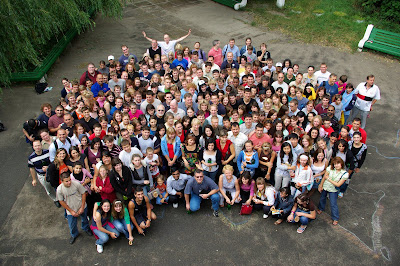 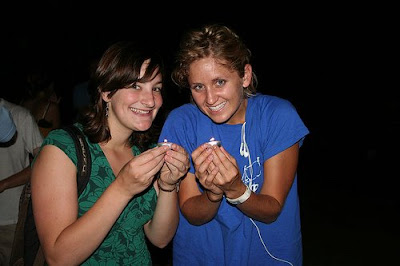 Throughout the week I had interviewed people asking them about their personal experiences. Also, we had a theme of the conference: What is the Kingdom of God like? So we edited together peoples thoughts and responses and played the video during the last service. I was also in charge of taking pictures throughout the conference, which is available here!

Along with the videos we created, here!

One of the last days in Kiev a small group of us went back into the city for some more sightseeing. A missionary named, Bob, who had been living in Ukraine for about 10 years took a group of us to a Ukraine WWII memorial. I’ve never been to a memorial that displayed so much pain in the artifacts. Everything felt so real about the exhibit and recent as if it had just happened last year. There were thousands of pix of people who died in the war, which didn’t come close to the nearly 30,000,000 Ukrainians that were killed in the war. I felt ashamed to be so ignorant in the matter. In the museum there were artifacts of weapons, broken planes, letters, and other memorabilia. The most heart-wrenching artifacts that I saw were ankle cuffs for children and gloves made out of human flesh. I don’t understand how so many people can share such inhumane cruelty. I can understand one crazy mass murderer than I can a whole nation believing that what they are doing is right and just. There was also video footage being played of the Nazis killing men lined up in a row and shoving women and children into concentration camps. The most disturbing scene was a man with a bulldozer shoving thousands of bodies into a canal. After leaving the memorial I think I had a better understanding for the Ukraine people. I now know why they used to train kids in school to shoot weapons because as a nation they never want to lose 30,000,000 people again. I just can’t imagine that. After we left the memorial I stuck around with Bob to learn more about the history of Ukraine since I was now fascinated with the country. When we headed back to the camp I had a different view of Ukraine life and people and treated my experience with a lot more grace and humbleness. 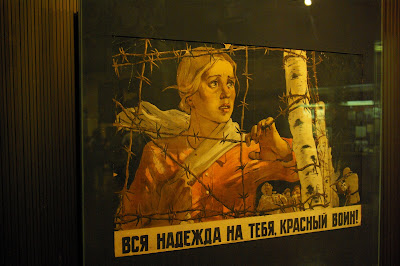 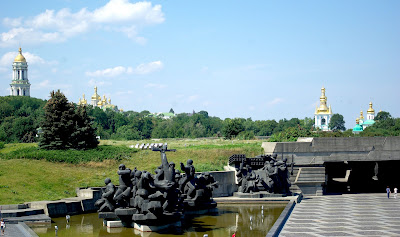 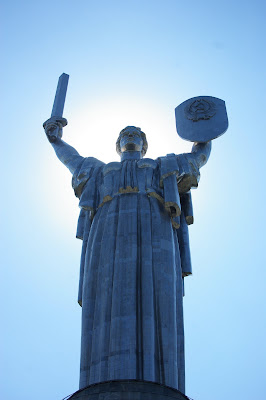 I was quite reserved about being in Ukraine and the conference but by the end of the NYC I was sad that it was over and to see everyone go. I hope to see everyone some time again in the future, but I know that the possibilities are slim. I’m actually not bad with goodbyes. I treasure the time I spend with people, so I usually tell myself there is no reason to get sad and sentimental. I had created some good friends and memorable experiences. Now that is just the first half of my Ukraine experience.