Coming up next… I know that most people have their few shows that they never miss. I don’t know if it is my commitment issues, but I haven’t ever been too attached to any show. Of course, there are show I enjoy watching, but I always feel guilty that I’m not being productive. I can see the attraction to certain shows and the characters that make them popular, but to work your day around the tv guide seems depressing. I remember asking my sis to hang out during “American Horror Story” hour and I was quickly rejected. Ridiculous.

Growing up I was only allotted 2 hours of tv a week. Since I didn’t have many places to go on Sunday night I kept up to date with my two favorite childhood shows. The “The Simpsons” (longest running scripted show in tv history) and “The X-Files” were what brought my family together on Sunday nights. I remember my dad yelling “It’s starting, hurry it’s starting” and me and my sis would run into the living room to catch the always unique intro of the “The Simpsons”. Now you might not think these shows are made for kids, but they were made for me and my family. My mom didn’t always join this Sunday tradition. She didn’t understand the humor of “The Simpsons” or the kookiness of “The X-Files”. Granted I did have a hard time watching Agent Mulder and Scully investigate the paranormal by myself… well without nightmares anyways. David Duchovany became my tween tv crush and my dad had the best “Do’h” in town. My family has Simpons memorabilia around our house and I even have X-File trading cards… yep they exist.

I know that people rave about current shows on today, but nothing compares to my childhood favorites. I mean what shows are on today that investigate aliens and the paranormal, but with a tongue and cheek humor. Some episodes would be extremely scary with aliens and creatures killing innocent victims, but then there would be a quirky episode with an ocd vampire. What a perfect balance. Also, the characters were just so unique, from the  FBI agents to the mysterious “smoking man”, and the nerdy “Lone Gunmen”. Classic.

“The Simpons” would sometimes get a bad rap from some conservative folks who thought Bart was a smart mouth who disrespected his parents and that Homer was a dead beat dad. While there were traces of disorder amongst the Simpson family at the end of every episode the family feud was settled and there was a lesson to be learned. They always stuck together. I even did a presentation of the positive Christians undertones that would frequent the show. I mean who was more positive and selfless than Ned Flanders? Any parent should hope their children would pick either of my two favorites over trash like “Jersey Shore” and every other tv show out there.

Anywho. Back to my original point. For as much as I loved both these shows my Sundays got busier as I got older and my college dorm room didn’t come with a tv. To be honest I’ve never bought a tv anywhere I lived. It’s not that I’m anti-tv because I find them to be very useful to watching movies (now there is an obsession) but I just don’t feel like being in a long term relationship with meaningless characters. As much as I love little Lisa one of us had to grow up. Unfortunately it had to be me. I still love “The Simpsons” and I’m not opposed to having a few tv relapses, but I just don’t take the time any more. If someone wanted to buy me all the episodes of both my favorite shows I won’t be opposed, but don’t expect me to have marathon because I’m more the delayed gratification type. If I watched just one episode of “The Simpsons” it would take over a year and a half to watch all 550 episodes… for marathoners it would only take 9 non-stop days.

I think the reason I don’t really like tv is because of what it represents to me. It makes me think of kids growing up who didn’t get outside much and older people who didn’t get outside at all. I know my parents enjoy their shows like “Pawn Stars” and every cliche detective show, but how many ways can someone commit a crime or buy and sell a 1950s coke machine. If everyone just turned off the tv for just one of their shows a day and trade it for a nice walk think of how much more healthy of a nation we would be. Maybe I’m being a hypocrite since I work at a tv station and I put the drugs on air. Or I’m proof that you are strong enough to break the bonds of tv since I read during my shift… well except during “Friends” reruns… but who doesn’t love friends.

I really don’t know what my point is anymore. Just don’t get sucked into the black whole and go outside or read or something… Unless the Australian Open is on. Go Federer!!

The Truth is Out there 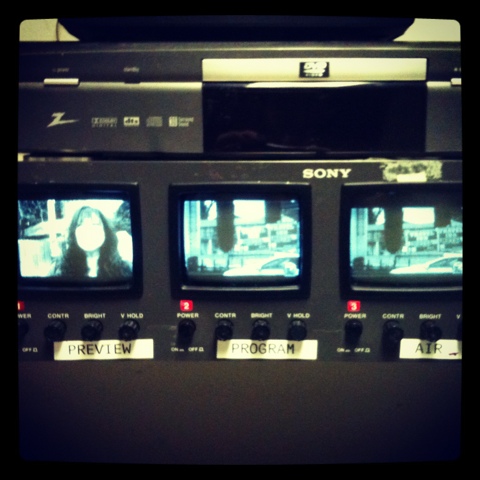 Off we go to grandma’s… retirement house?