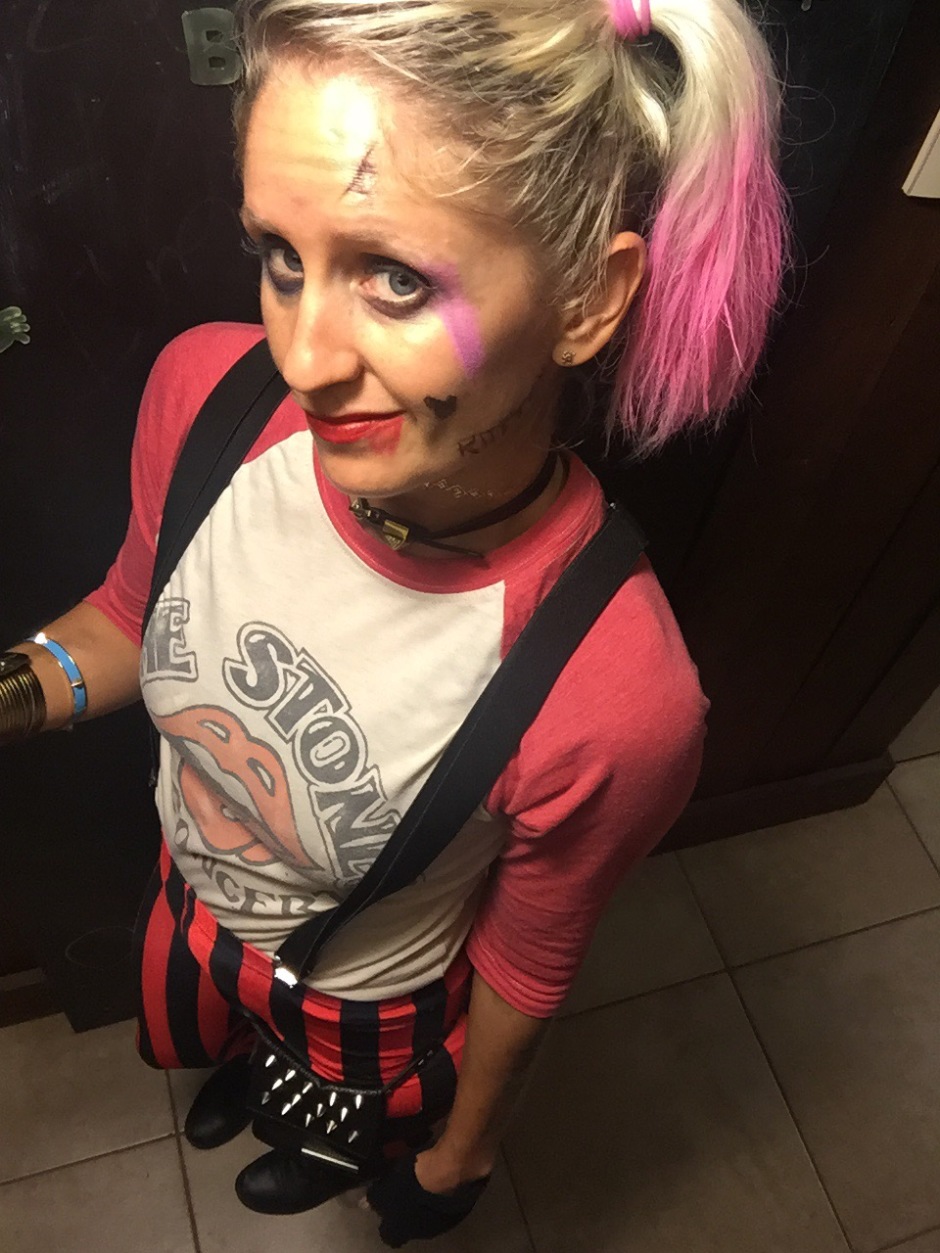 This year I had my Halloween costume planned months in advance. During pirate day at summer camp a friend told me what I should be for Halloween. Let me quickly clarify. I coach tennis. I’m not a 30-year-old going to summer camp. Not that I wouldn’t. Hanging out all summer with your friends and no work sounds awesome. Unless it was band or science camp. I’m thinking more like Wet Hot American Summer kinda camp. So the Halloween costume suggestion was made mainly based on my tights. 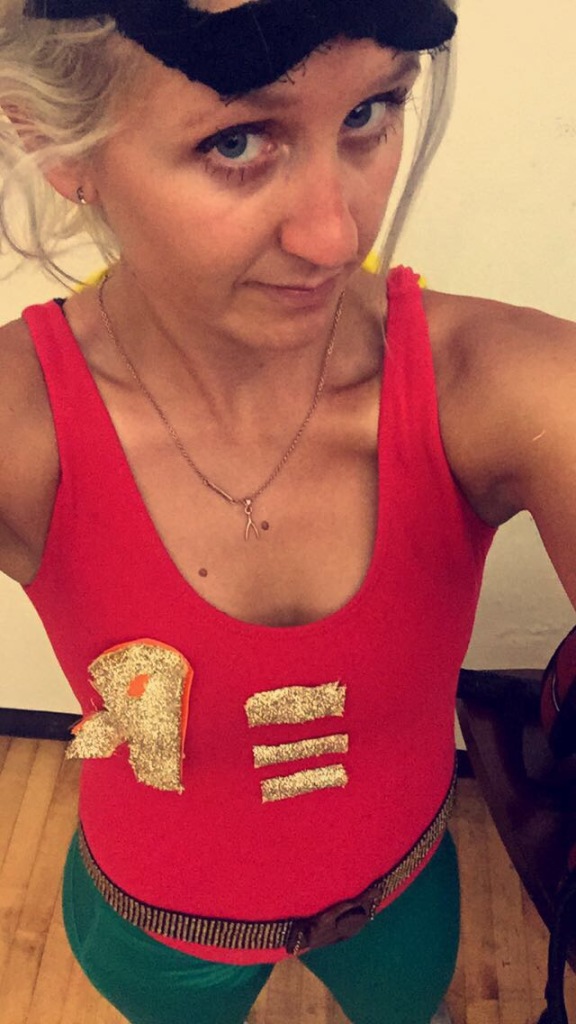 Oops wrong one. That was super hero day. These tights. 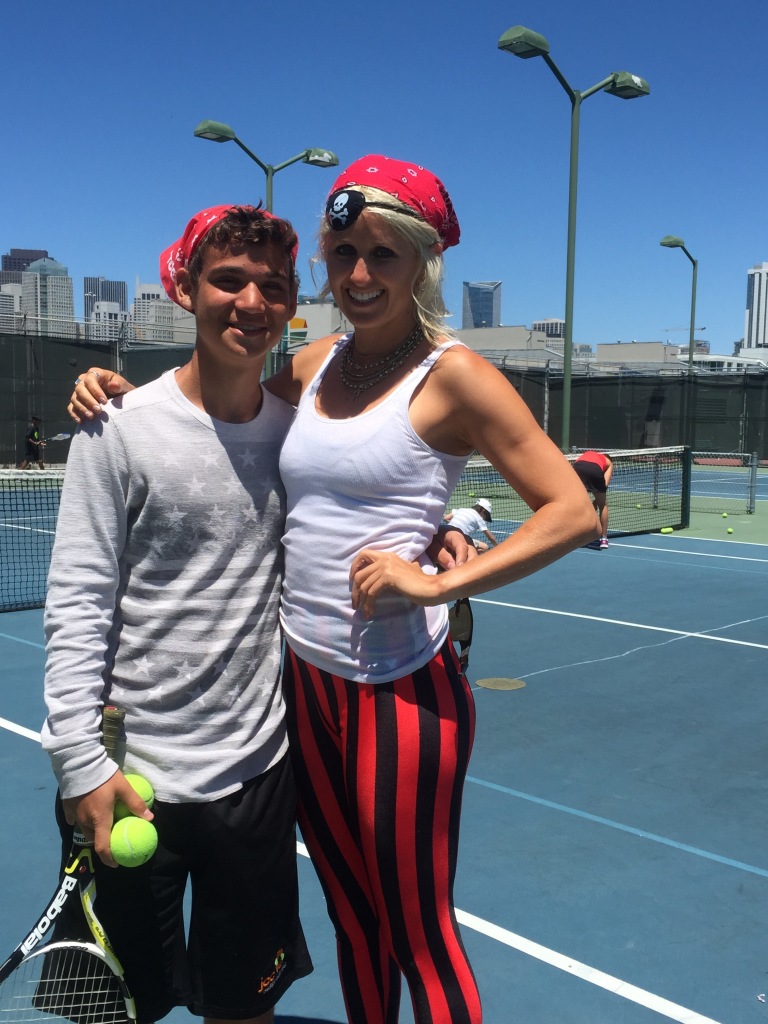 Any guesses? Harley Quinn. The psychiatrist that fell in love with the Joker while she was treating him at Arkham.

She was first featured in a Batman comic in 1992 and then got her own in 1993. If I got this wrong please correct me. I didn’t nerd out too long on my research.

As time went on her costume got more and more revealing… naturally. I blame global warming.

As Halloween approached I quickly realized that I had picked this year’s most popular women’s costume. The popularity is due to a new movie called the “Suicide Squad” featuring Quinn, Joker, and other fellow Gotham villains. Here’s the trailer.

Doesn’t that look awesome! However, I didn’t want to be Harley Quinn twinning with all the other basic witches out there so I decided I should pick something else.

I put on every costume I had for some inspiration. You never know what costumes can transition into other costumes. Strawberry shortcake turned into Red Riding Hood and Peter Pan into Tinkerbell.

My sister saw my efforts on Snapchat and came up with an idea.

I dressed up a few years ago as Miley Cyrus and my guy, as Robin Thick from the VMAs. It was a young love. 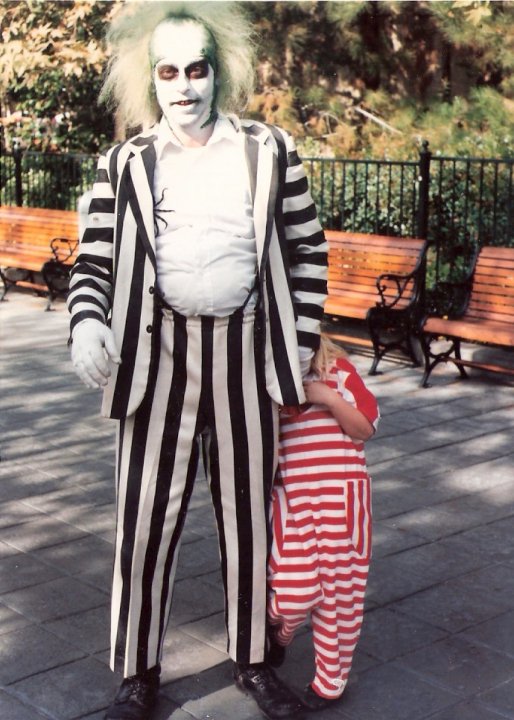 My sis sent me a makeup inspiration to encourage me. 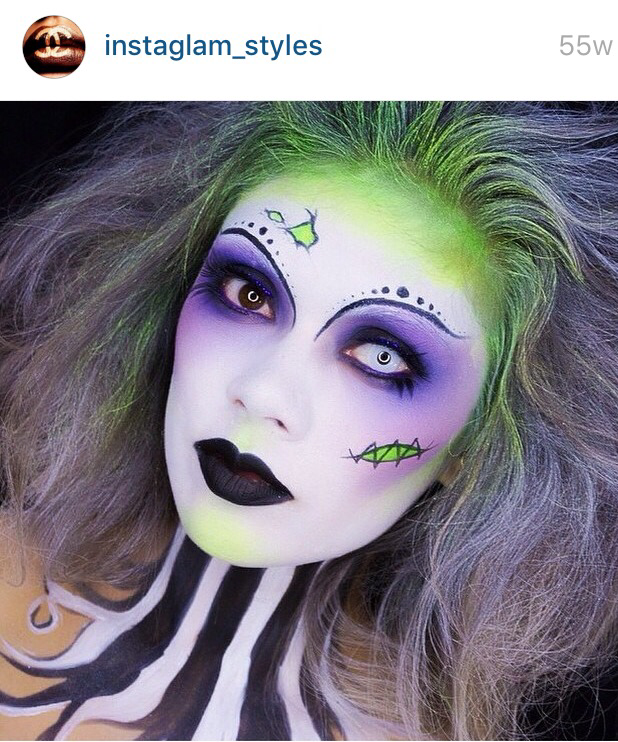 My sister is a professional makeup artist. You can check her out here. And so is the girl in this picture. I, however, am lucky to put on eye liner without crying. To make it easier for me my sis even made a video tutorial to help me out. She’s spooky good.

Now I can make a video on how to hit a serve, but when you get on the court you might not be able smash 100 mph aces in 5 minutes. Well… here’s a tutorial I made with a friend. Let me knew how it goes.

My costume was almost set when a girl attending the same party posted a pic of Beetlejuice as her costume. I know! What are the chances? First Quinn and now Mr. BJ! This blows. I guess I just have a feel for fashion trends. Halloween fashion trends. It’s a rare gift. My options now were to dress up as the most popular costume or the same as a girl at a party. Life’s struggles.

All Hallows’ Eve and I was still not sure what I was gonna be. Now Gabe, on the other hand, didn’t even have one costume to choose from. Typical. So he went to Spirits, a Halloween chain, to buy a superman shirt. Lame right? So frustrating. He is a boyfrienimy. That is when I came up with the idea that he should be Batman, well at least dress up as him. Then we would be in the same comic series. Back to Quinn. Yes, my sister was pissed.

Did you know that early morning commuters do not dress up for Halloween? When I got on the tennis court I realized that kids don’t dress up early either. Or at least not to tennis practice at 9am. Shocking. I know what you’re thinking. Wait Minnie Mouse? I didn’t mean to throw you off. I work with kids on Saturday morning so this is my “kid friendly” costume. Why didn’t I just wear Minnie Mouse all Halloween? Geez. It’s like you don’t know me at all. I love dressing up. By the way, this whole outfit cost .69 cents. The only thing I bought was the gloves at a thrift store. That also means that I already owned Minnie Mouse ears and a red and white polka dot shirt. Like I said, fashion gifted.

My evening costume was also cost-effective. I only paid for the hair chalk, $1. I did a combo of the movie and comic book. I said I liked to dress up, not pay a lot for it. 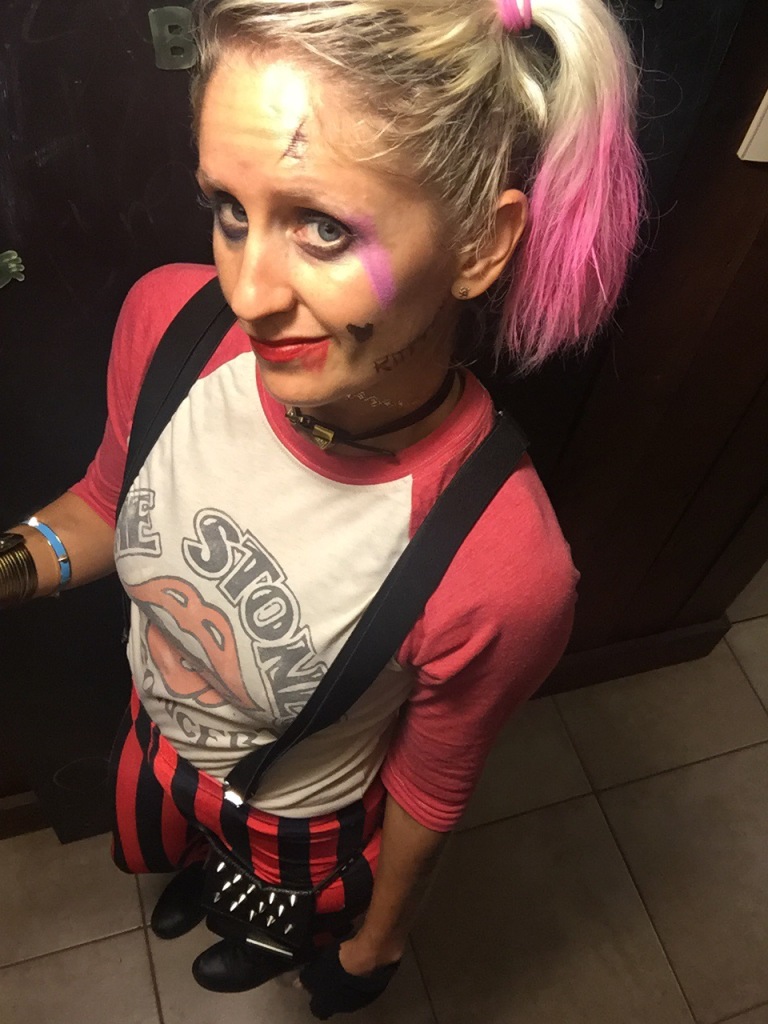 When we showed up at the party guess who we saw? Well not Beetlejuice! Oh well. I’m glad Harley Quinned it.

Maybe I’ll do Beetlejuice next year. However, I’m starting to worry that there isn’t enough Halloweens in my life for all the costumes I want to wear. Maybe I’ll join the Cosplay community. That way I can spend even more time, energy, and money on a costume I’ll only wear once. Or I could just become a real super villain… I mean a hero. Is there a costume that you always wanted to wear or a favorite Halloween tradition?